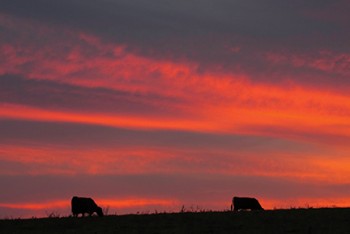 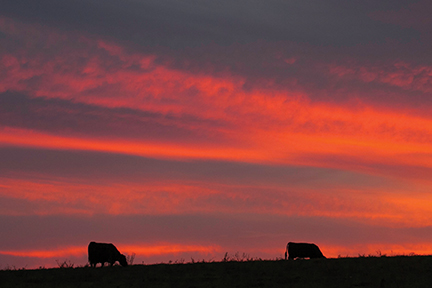 "There is so much uncertainty now," said Vincennes University Agribusiness Chair Susan Brocksmith. "There is uncertainty with trade, the corona virus and things seem to be staying level. We have a limited supply of farmland and it is just going to depend on who has money."

Around 1,000 acres of farmland sold last year in Daviess County for $14 million. But all land is not created equal and farmers say they are seeing some wild swings.

"Everybody wants good ground," said Tom Boyd. "There are plenty of buyers for that and the price is staying up. Average ground has gone down a lot, and poor ground you can't give away."

Realtors say that all land in Daviess County is not created equal. They point out that there are big differences on farmland, just based on where it is.

"There is a big difference across the area," said Delmar Wagler with Integrity Realty. "When you are out in the Amish area the sky is the limit. We've sold some farmland at $22,000 to $25,000 per acre. That's not necessarily a fair reflection of all farmland values. We have also sold some river bottom land for $1,800 per acre. I can tell you this the days of good farmland selling for $7,500 are gone. Those days are past."

With trade issues with some of the nation's biggest agricultural customers, lower commodity prices and some troublesome weather, the expectation might be that farmers may be under pressure to sell their land. But with farmers receiving trade adjustment support the financial strain has not been as bad as it might be. Last year a third of all farm income was the result of federal payments. "Farm incomes have stayed steady for a while because of the government income support," said Brocksmith. "There could be some small pockets where things went especially bad that might be forced to sell."

Despite that there is still plenty of pressure to keep prices up.

"Farmland is finite," said Brocksmith. "There are farmers who want it and especially around cities and towns there are developers who are looking for farmland. Those things help send prices up."

Another thing that impacts the pressure on the price of farmland is investors.

"In the last three months, we have felt an uptick of investors wanting to buy farmland," said Wagler. "For us that's been exciting. We're looking for land for a doctor and for people from Las Vegas who are wanting to invest in farmland. It's an investment you can touch and feel and on a 10-year average there has never been a time when land value didn't go up."

Wagler says after a couple of years of land prices stabilizing, he expects them to rise a tick this year which means that it may be difficult to take care of everyone who wants to buy into farmland. "It always worries me that we are going to run out," he said. "There are still some estates that we sell. We are getting more calls for land than we have ever had."

Once again it appears demand for farmland may be outstripping the supply but there are plenty of things on the horizon that may improve or deter the outlook on the farm and the land. "The prices for crops aren't good, this flu thing is awful and hurting everybody," said Boyd. "But spring is coming and it could turn into a good year."

"It looks like a year of uncertainty," added Brocksmith. "Of course it is also an election year which means we probably will have to wait and see."